Blood Work, a take of medicine and murder in the Scientific Revolution 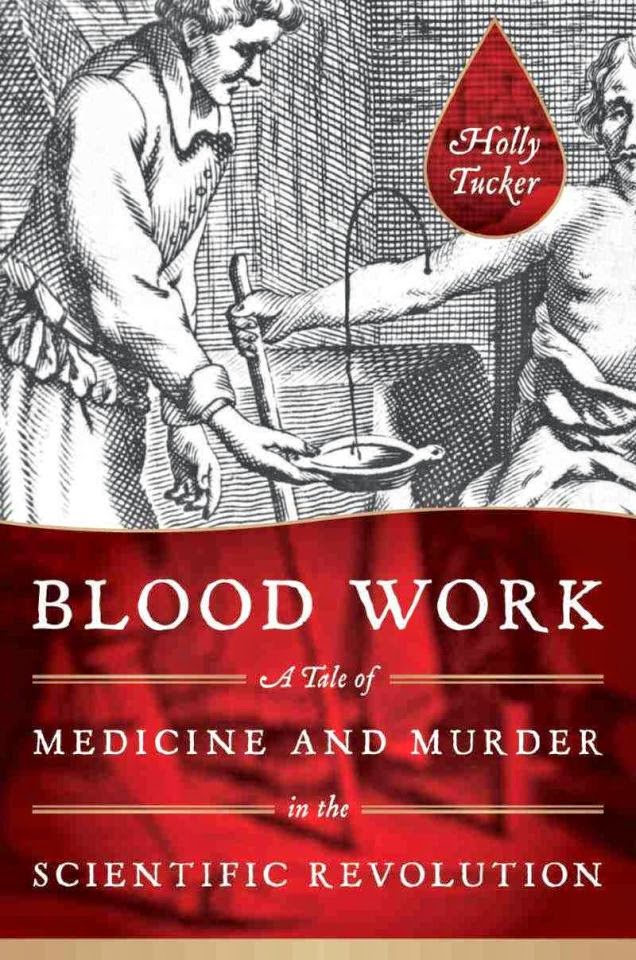 Here is a dark little bit of human history. In Blood Work the facts about bloodletting and vivisection are brought to life. Holly Tucker brings the world of medicine practices in the 1600's to light. You might be asking yourself why did I pick up this book to begin with? Well I had just read Megan Shepherd's "The Madman's Daughter" and I was curious to know about real medical practices of the past, in particular blood transfusions and vivisection. Blood Work tells the facts about early blood transfusions, blood letting, vivisection and more. This educational look at the evolution of medical science sheds light on a time when anyone could call themselves a doctor, where morality and experimentation still haunt the medical science community to this day.
Posted by Unknown at 14:28 1,178 comments:

There are plenty of epic fantasy series out there, but this is one of the best I've ever read. Set in a world with magic, magic is nevertheless set aside for handy swords and shields and pure brute strength.  As is often the case, there are no real "good guys". There are people who are trying not to be bad, but only because they are tired of killing and being hunted in revenge.

The leads are varied, and seemingly unrelated: You have the tired barbarian Logen Ninefingers, who is tired of all the killing he's done only to create more enemies.  There's Glokta the Inquisitor, a torturer who has lost all compassion for having been tortured himself.  Finally, there's the young nobleman Jezal who wants nothing more than wine, women, and song plus a little fencing in between.

How does a mysterious old wizard tie it all together?

Joe Abercrombie is a British author who comes at it from a pretty fresh approach. No fancy dialogue in this one: when people are angry or frustrated they talk pretty much like you or me, but maybe with a little more colourful language.

This is the first in a trilogy, plus there are 3 more set in the same world with some recurring characters.
Posted by Steven Mc at 12:50 225 comments:


Deseronto, Ontario in 1919 is a town coming to terms with its past.  World War I is over and the boys are coming home.  Hopeful, yes.   But Kenan, once an outgoing and happy young man has been disfigured in the war.  His suffering is obvious and goes far deeper than physical scars.   He and his wife Tress must rediscover each other as both have lost their carefree pre-war selves.

Maggie and Am, Kenan and Tress’s aunt and uncle, have secret scars of their own – scars which are consuming them.  Maggie tries to find a way out with music as she trains to be the solo soprano in the upcoming New Year’s Eve concert.

Throughout the story there is the happy presence of the ice rink, erected every winter on the lake.  This is a place that has seen much joy for the two couples, and the place where the men try to release some of the pain that they are not given leave to express.

Despite the sadness, there is also friendship, family, love and loyalty.  Everything in the novel culminates in a joyous burst of song at the concert.  At this point, the characters must choose new paths.

Itani is a subtle writer who builds her characters carefully.  Readers come to genuinely care about them.  As in her novel Requiem, Itani has a clear sense of history that is revealed through character and plot.   This is a beautiful novel about secrets kept and revealed, and the hope that comes at the end of war.
Posted by Christine at 16:37 114 comments:

I'm perfectly happy to admit that I'm a gamer, so when I see that a whole series of books are based on a series that I enjoyed, I'll give it a go.  Dragon Age is a fantasy series set in a world very much like medieval Europe (as many fantasy series are), with French, British, Italian, and even Ottoman equivalents.  The world is full of magic, creatures, magical creatures, and religious and political intrigue. The books stand alone from the game series pretty well: they exist more to expand on the world's history and lore rather than just give more of the same that you'd find in the games, so you don't need to play the games to understand what's happening (though it helps).

Dragon Age: The Masked Empire is the story of the empress of Orlais.  They are a dominant empire, though still under threat from both internal rebellion from the underclass of elves, who are treated no better than slaves, and from external threats, a blight of demons set to overrun the world.  To make things worse, the court intrigue is particularly dangerous and complicated: Empress Celene's rule is threatened even more by her power-hungry rival Gaspard and by her devotion to her secret elven mistress.

There are several books in the run, but this one isn't directly tied to the others.
Posted by Steven Mc at 08:00 87 comments: 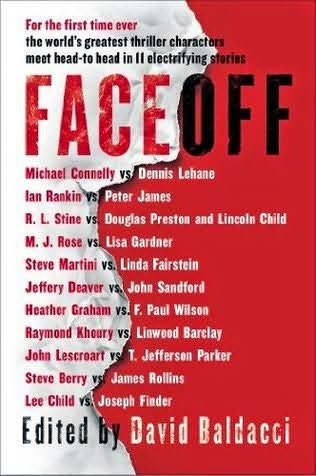 Have you ever wondered what it would be like if your favourite mystery detectives met and worked together? Well this collection of short stories gives readers a chance to see into a world where thriller and mystery writers come together along with their most popular characters. Face Off is a collection of stories where in two authors collaborate. The authors have taken some of their most famous characters and brought them together to create a short, thrilling tale. Edited by David Baldacci this collection of short stories features such authors as Lee Child, Heather Graham, Michael Connelly and even R.L. Stine. Readers get to see into a world where characters like Jack Reacher meet up with Nick Heller and work together. For those that love short fiction and a good thriller this is a wonderful read.
Posted by Unknown at 17:59 498 comments: