Mia Dennett is kidnapped and held at a remote location in Minnesota. Her captor, Colin Thatcher, did not want to kidnap her, and now doesn't know what to do with her. The longer Colin waits though, the tougher it becomes to let Mia go. As Colin and Mia get to know each other their relationship slowly starts to change, but things aren't quite what they seem.

The story is written in three points of view - each view is written either during the kidnapping, or after. Having the story told this way makes for an interesting read. You know what happened, but you don’t know everything. Each viewpoint slowly fills in the blanks until the shocking ending reveals all.

The Museum at Purgatory 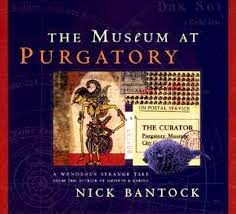 Want to try something a little different? Want to try something that is part narrative story and part wonderful collection of art? Then may I reccomend picking up one of Nick Bantock’s books. Nick Bantock is probably best known for the Griffin & Sabine series. His books are filled with his collage style artwork; he combines art mediums to produce beautiful pieces that help to tell the tale. In The Museum at Purgatory Bantock takes the reader into a curious museum currated by the mysterious Non. Non will take us through various rooms of the museum filled with art, curriousities, objects and stories. While readers learn about the curriosities housed within this museum Non learns many things about his own forgotten past. So if you want to try something different please pick up one of Nick Bantock’s books today. 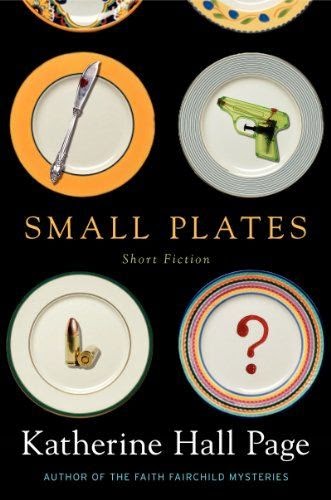 Here is another collection of short stories for you, Small Plates. All mysteries and a little on the creepy side. I have read a few of Katherine Hall Pages novels but I had not tried her short stories. I am really glad that I picked this one up. I love a creepy little short story and Katherine Hall Page did not disapoint. There is one story in particular that I just loved; a husband is tired of his wife and wants to get rid of her. He is plotting to murder her. He plots and plots and all along readers are feeling like his innocent wife is oblivious and in love, well lets just say I laughed so hard at the surprise ending of this short tale.
I really like Katherine's style and humour. I also like her plot twists and surprise endings. She is also not afraid of a cliff hanger. She has won many awards including the Agatha award for her mysteries.

A Fire Upon the Deep

The Hugo Awards shortlist were recently announced so I thought I'd go back and read a previous winner.  A Fire Upon the Deep by Vernor Vinge was the co-winner in 1993.

The Galaxy is inhabited with thousands of civilizations.  The farther from the core, the more advanced the technology and the intelligence of each species.  This isn't coincidence: the physical laws of the universe cause this.  So out on the edge of one of the zones in the galaxy a group of humans try to transcend to the next level and become a Power.  Instead, they awaken an ancient evil that destroy all but a few refugees.  These remaining few land on a medieval-level planet that is dominated by wolf-like aliens embroiled in their own intrigue.  And they aren't very friendly.

Meanwhile, others in the galaxy realize that the refugees may hold the key from preventing the evil from spreading.  The race is on to catch them before the evil does.
Posted by Steven Mc at 16:37 3 comments:

H is for Hawk

I don't read a lot of non-fiction, but when I read a review about how fantastic this book was I decided to give it a try - and I'm so glad I did! First of all, the writing is phenomenal. The author Helen Macdonald definitely has a way with words (the back cover notes she is also a poet and it shows). Her description of her goshawk and country surroundings make it all so real (even the gross parts where the hawk is tearing into wee little animals!).

However, even though the book is slotted into the bird subject area of the library, it is about much more than a hawk and how to train it. Macdonald wrote this book after the passing of her father which hit her really hard. Training the goshawk helped her deal with her loss and the devastating grief that gripped her when her father died. Loss happens at the most unexpected times and Macdonald's book reminds us to make the most of the time you have with loved ones. Always an important reminder and one easily forgotten.
Posted by Theresa at 16:44 55 comments: