Heads in Beds: A reckless memoir of hotels, hustles, and so-called hospitality 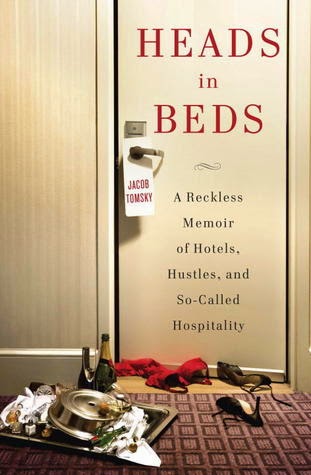 I picked up this book all because of the title. I could not resist a look behind the scenes of the hotel industry. Jacob Tomsky has worked in the hotel industry for most of his life and this book is a funny and intriguing account of his experiences. There were times when I laughed and times when I cringed. I felt like I was not supposed to be reading some of his stories as if there should be some sort of code of silence for that industry; at the same time I could not stop reading. There are insider tips for the outsider and there is even some Hollywood intrigue. All of this in a well written account of the hotel industry.
Posted by Unknown at 14:36 4 comments:

To Fudge Or Not To Fudge 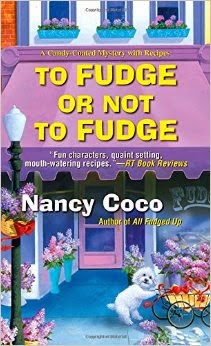 From the “Candy-Coated” series of mysteries comes “ToFudge or Not to Fudge.” Do not be fooled by the playful title. This is a great little mystery. The characters are intelligent and relatable. The mystery is not dumbed down at all, there was two points that I was taken by surprise and did not see that coming. In today’s world where everyone is appearing on a reality show; myself included, the Island of Mackinac and our main character Allie are not safe from the cameras. Her mentor, Chef Peter Thomas comes to town to film a reality show and convinces Allie to appear.  Things seem fine at first until the body count begins to rise and Allie finds herself working to solve the mystery. There is even a love triangle and fudge recipes included.

U2: The Definitive Biography

U2 is one of the biggest bands in the world, going strong pretty much from their start in the late '70s with hardly a break in between.  This new biography spans their whole career up until late 2013, so it doesn't cover their controversial Apple-funded release of their newest album.

That said, it's interesting to see how they were received early on, even in their own inner circle: while they had a lot of charisma, they didn't have the chops, not right away.

The book moves at a quick pace.  It's really more of a highlight reel of their career, hitting on the major points and glossing over the cultural changes happening over the years.  Definitely worth a look if you are a fan.  For another, more intimate look at the band, you can also read U2 by U2.
Posted by Unknown at 15:09 4 comments:

Excellent! The lyrical, inviting writing of author Jessie Burton lulls you into the story of Petronella Oortman. The description of Amsterdam in the 1600s is intriguing and so alive you feel you are walking along the cobblestone paths and smelling the tantalizing sugar loaves while keeping one eye out for the ever present Miniaturist!
Posted by Theresa at 10:56 No comments:


Set in the unforgiving landscape of Labrador, Annabel tells the story of a child who is born both male and female.  His father, Treadway, immediately decides the baby will be a boy and his name will be Wayne.  His parents, with the help of the medical community, raise Wayne as a boy and hide the truth about his birth -- even from him.  But as Wayne grows up, it becomes evident that he is not like other boys and he has difficulty fitting into his small northern community.  Eventually Wayne learns the truth from his own body; his female side refuses to be silenced.

This novel is a poignant discussion of gender and identity, and examines the factors that make up who we are.  Family, society and environment help to shape us, but does the true self rise to the surface no matter what the odds?

Thought-provoking and beautifully written.  A great read.
Posted by Christine at 16:30 No comments: