I'll start off by mentioning the fact that I'm not a big football fan.  At all.  That said, I am interested in Canadian culture and things that are meaningful to us as a nation.  After all, the Grey Cup (the Canadian Football League's bug prize) is, along with the Stanley Cup, featured in the Canadian passport.  So it is with interest that I read this, a book about an attempt to export a uniquely Canadian sport to a new market. For a brief time in the 1990s, the CFL attempted to expand the league by adding teams in the US.  It didn't work.  Hilariously.

A team based in Las Vegas practiced in a parking garage and featured a signer who sang O Canada to the melody of O Christmas Tree.  A team in Memphis had the players sleep in a barn.  The team in Baltimore had three different names, including the brilliant "CFLers".

Even if you don't much care for football, the story of the CFL's expansion into the US is worth a look if only to see how different we really are from our neighbours to the south.
Posted by Steven Mc at 12:53 62 comments: 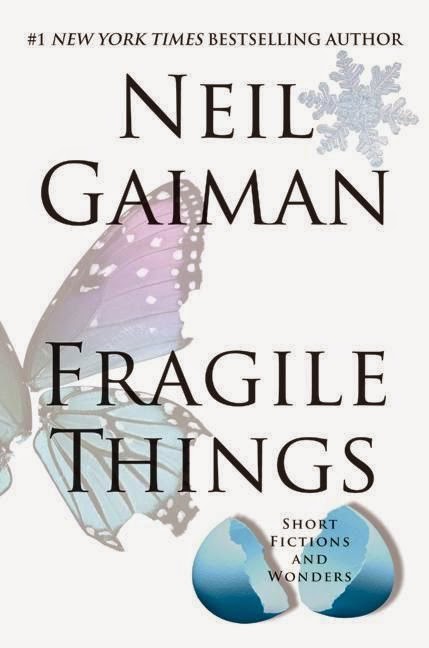 Here is a collection of short stories and poems by award winning author, Neil Gaiman. This book is filled with some fun and quick reads. I found this book after Neil Gaiman showed up on my YouTube feed reading one of his stories. I was drawn in by the fact that the author wrote in so many different styles within this one book. Gaiman has a wonderful sense of humour and has a way of creating a whole and complete story in just a few pages. Gaiman ensures that readers have an understanding of all of the characters simply by ensuring the characters are relatable. One story in particular that really hooked me is  “How to talk to Girls at Parties,” an interesting tale of two friends. Our main character and his friend Vic are typical highschool boys obsesed with girls and hooking up. Vic has found out about a party and the two head off to crash it. Unfortunatally Vic does not know the exact address. The two head in the general direction and when they hear party sounds coming from a house in the right neighbourhood they feel they must have the right party, or do they. The party is filled with friendly, pretty girls and the two feel they have hit the jackpot. Alcohol is flowing and conversation is going well but readers will soon realize that the boys may have wandered into the wrong party.

If you are looking for something a little different, some variety in your reading, then I recommend you pick up FragileThings today.