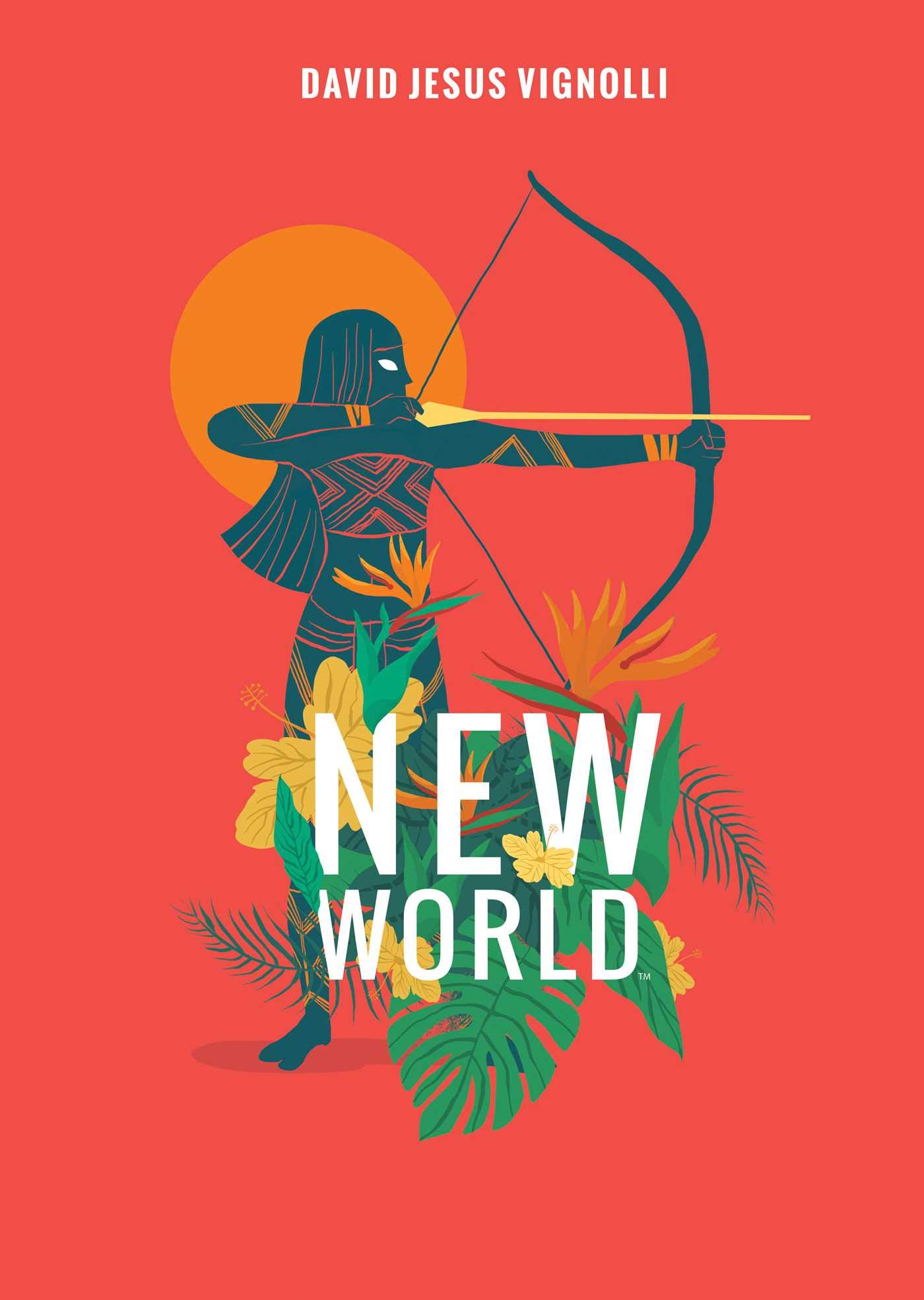 Richmond Public Library recently received a bunch of brand-new Graphic Novels which prompted me to revisit this genre. When I saw New World, I was immediately drawn to the striking artwork and knew I had to read this book.  David Jesus Vignolli, a Brazilian graphic novelist, weaves the story of an Indigenous Brazilian warrior, an enslaved African musician, and a Portuguese sailor who come together to battle the pale white giants who have invaded the New World.

When Iracema discovers the enslaved African people living near her tribe, she must take up arms to free them from the Portuguese colonialists. With this purpose in mind, Iracema goes deep into the woods and is bestowed a lightning bow from the God Tupa. This bow is the only way to protect her people from monsters and evil beings. Along with a band of warriors, Iracema invades the colonialist settlement to free the slaves; however, horrible monsters attack the brave warriors and many perish in the fight. Amakai, a man being sold at the slave auction that day, manages to escape the fight and rescue Iracema from the fray. He is an African prince who can play a flute that draws out the monsters of men. Together, they might have what it takes to take on the monstrous colonialists and protect the New World.

This book has a fair smattering of historical context and weaves many stories together in a compelling way. There is an overarching narrative on the colonisation of South America scattered through the stories of the main protagonists, Iracema and Amakai.  Magical realism provides a backdrop for this tale, making an easy connection between slave traders and monsters.  While there are illustrations of monstrous figures throughout the story, it is hard to say if the monsters are real or just a projection of the slave owners.  Paired with a simplistic yet colourful and clear art style, there are many nuances to the story left unwritten but open for interpretation.